CANTON, Michigan, March 7, 2019 - The U.S. Department of Defense presented two Yazaki North America employees with the Patriot Award on Thursday, Feb. 28, 2019. The Patriot Award recognizes managers and supervisors for their support of military reservists and national guard members serving the nation under the Uniformed Services Employment and Reemployment Rights Act. The ceremony took place at the company’s North American headquarters in Canton, Michigan.

Recognizing the importance of military reservists and adapting to their lives within the workplace is significant to many. This is why Yazaki North America Senior Manager Raj Lakhanpal and IT ‒ Engineering Director Karen King received the Employer Support of the Guard and Reserve’s (ESGR) program award, presented by ESCG representative and Central Michigan University Associate Director Fred Kaiser.

Lakhanpal and King have supported their Army reservist employees Will Florich and Peter Vaughan through a wide range of measures including flexible schedules, time off prior to and after deployment, caring for their families and granting leaves of absence when needed.

“This award is not just for Raj and me,” King said. “It recognizes every single person who not only helps out logistically, but also provides emotional support to our two reservists—William and Peter—just like a family would.”

An employee serving in the National Guard or Reserve, or the spouse of a Guard or Reserve member, can nominate a supervisor for the Patriot Award. The award reflects efforts to support citizens through a wide range of measures, including a flexible working environment, enabling them to continue to serve in their country. 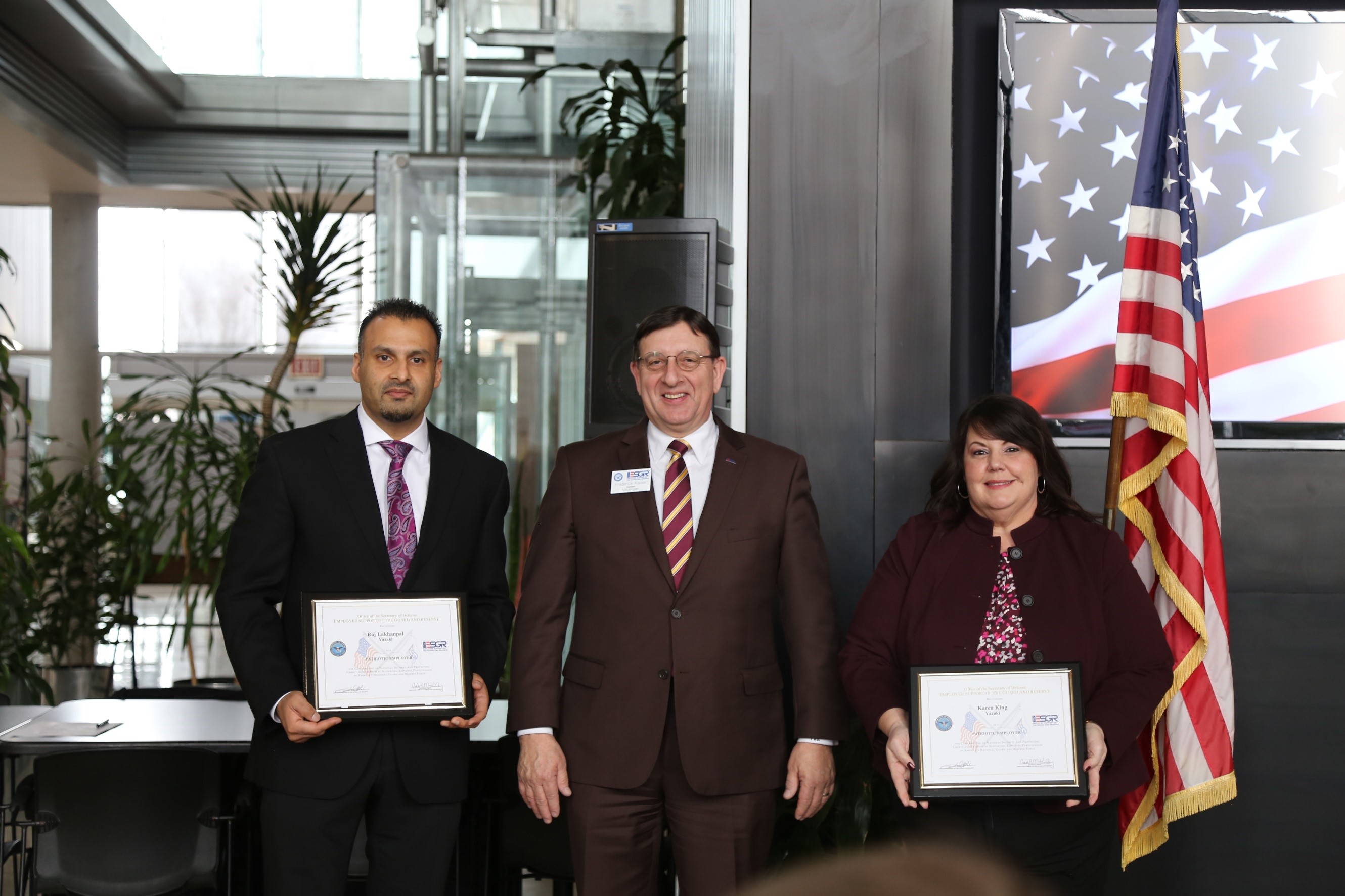 At center, ESCG representative Fred Kaiser presented the Patriot Award to Yazaki North America Senior Manager Raj Lakhanpal (on left) and IT ‒ Engineering Director Karen King (on right) for their support of military reservists working on their IT teams. 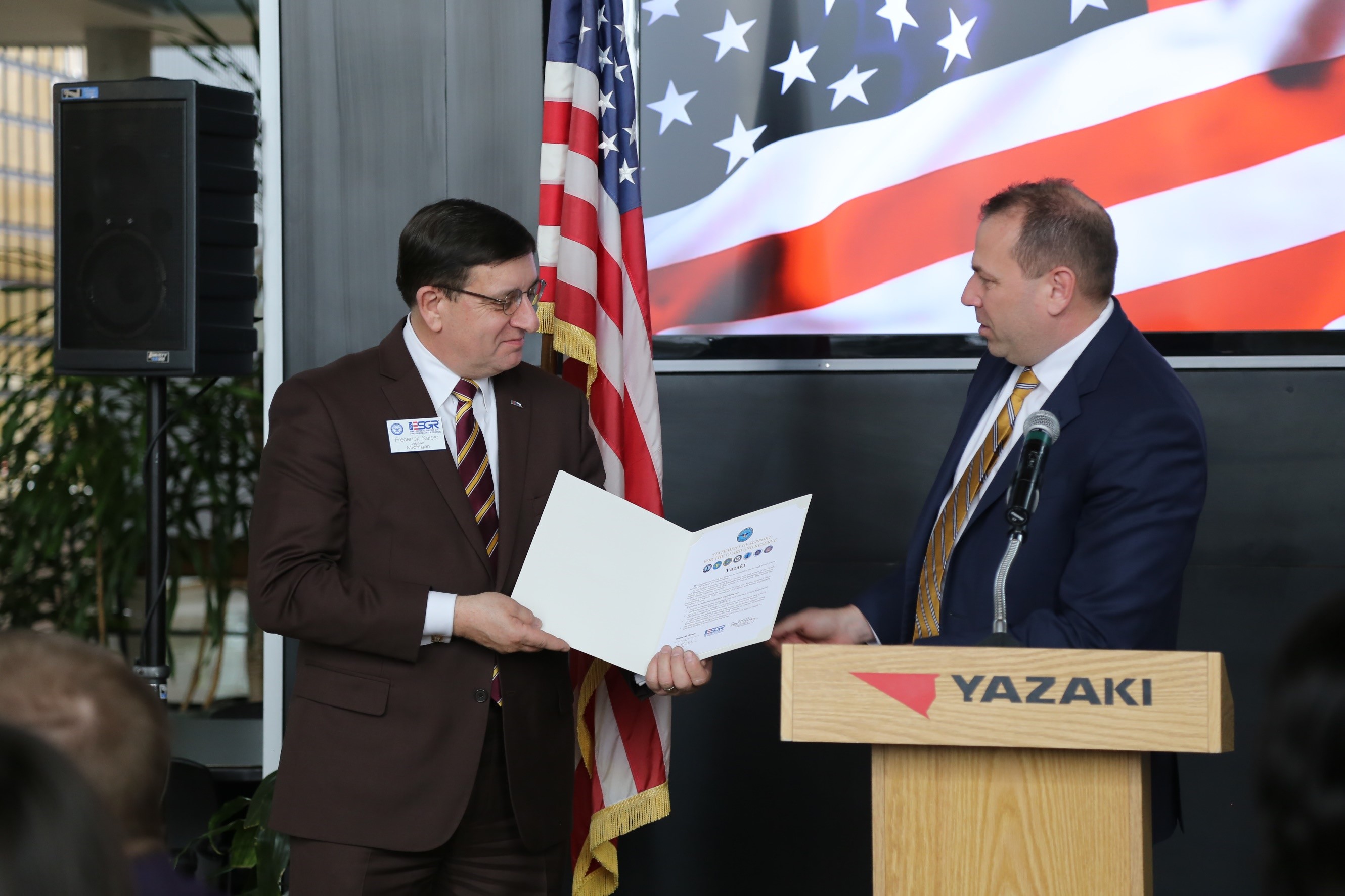 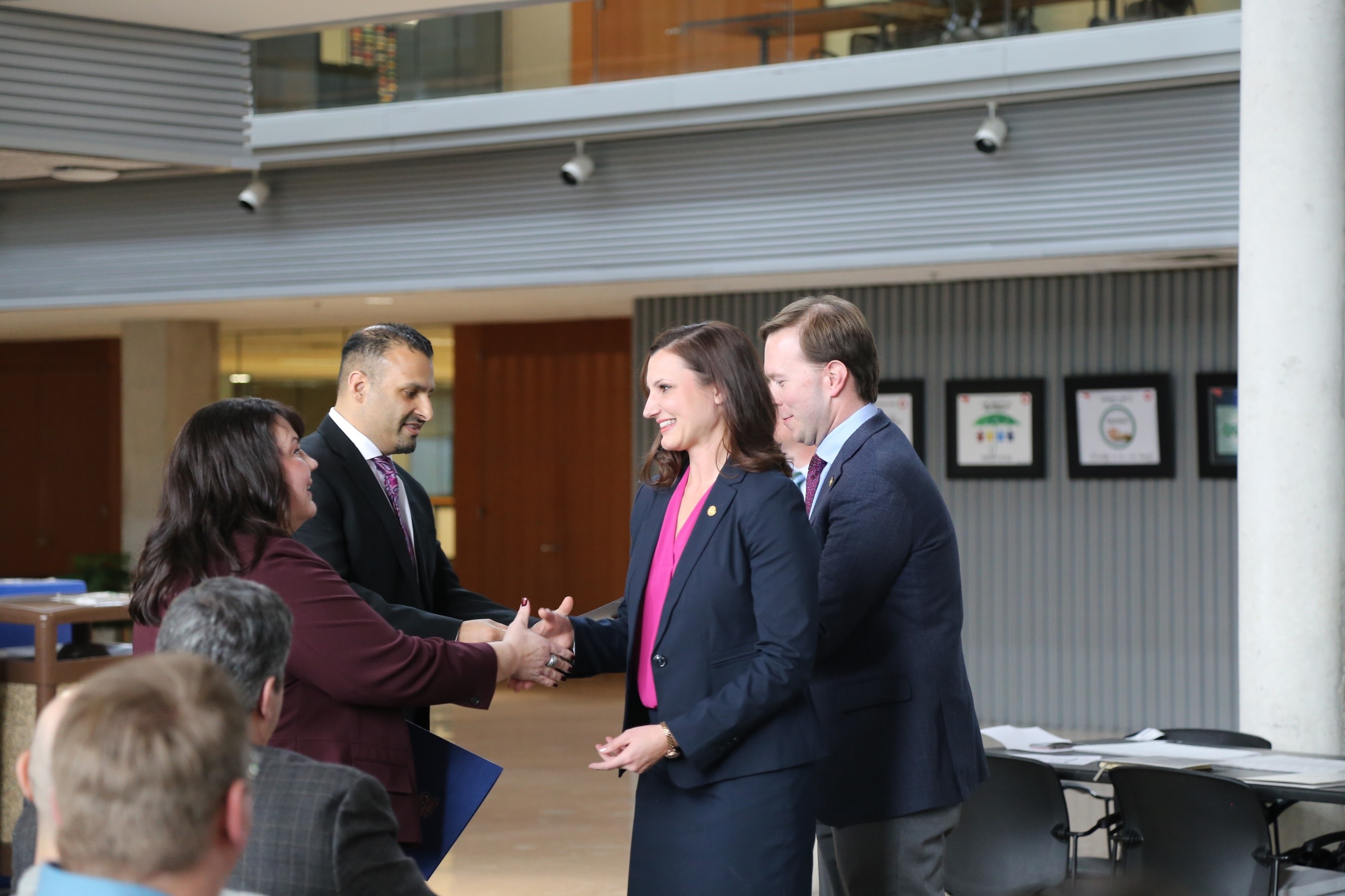 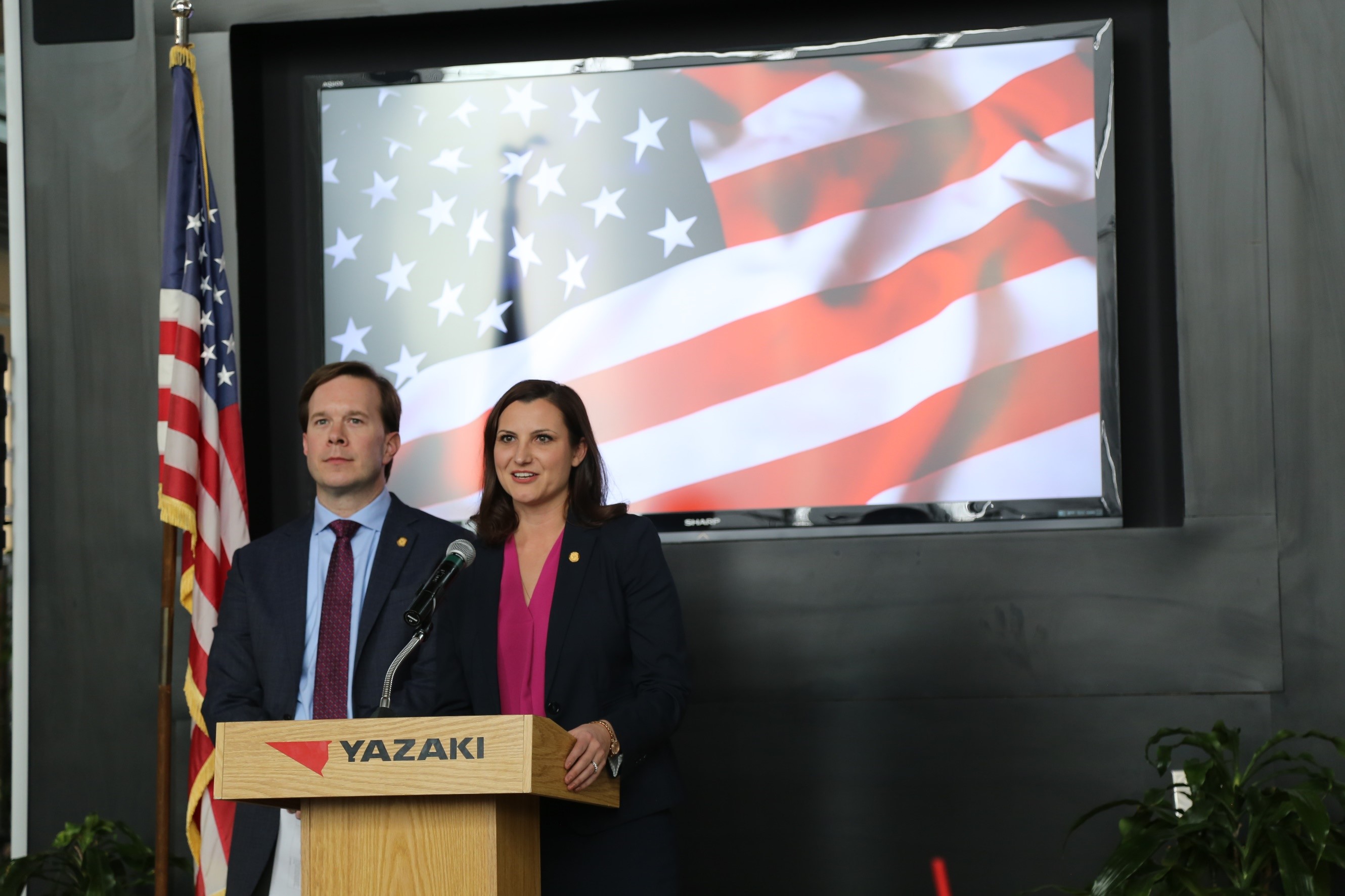