Traditional terminals fasten to the post using a horizontal bolt requiring tool access to the side of the battery terminal, making installation cumbersome and inefficient. Other vertical fastening battery terminals concentrate force on the clamp area, rather than evenly distributing pressure between terminal and battery post. This results in the potential for corrosion and increased electrical resistance reducing battery performance over time.

The design uses a bolt, bracket, and plate nut combination to transfer force to the terminal body. The reduction in components and the ability to press mold the terminal provides an estimated average 50 percent cost and 40 percent weight reduction compared to other available terminals.

The Yazaki multi-directional battery terminal is a finalist in the 2019 Automotive News PACE (Premier Automotive Suppliers' Contribution to Excellence) Awards. Winners will be announced on April 8, 2019, at the Max M. and Marjorie S. Fisher Music Center in Detroit. 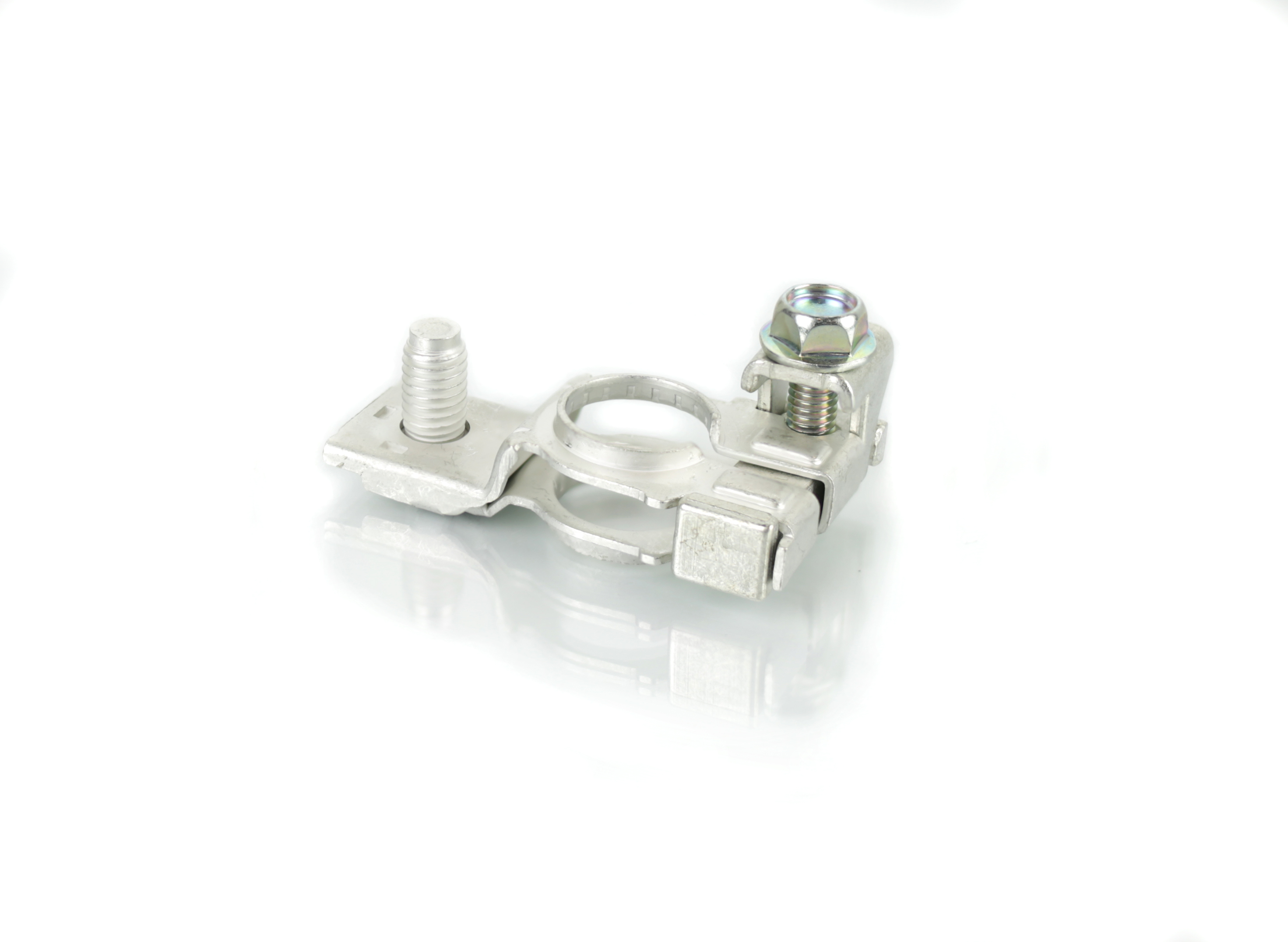 Yazaki Corporation is a global leader in the research, development, and delivery of vehicle power, data, and display for automotive applications. Yazaki produces wire harnesses, power distribution and control products, connectors, driver information displays, hybrid and electric vehicle products, and sensors. Worldwide, the company employs 306,118 people in 46 countries. Yazaki has been committed to the preservation of the environment for more than 75 years. The company continues this commitment today through the development of advanced electric components for hybrid electric vehicles, the promotion of recycling, and the efficient use of resources. For more information about Yazaki and its vision for a greener tomorrow, visit www.yazaki-na.com.