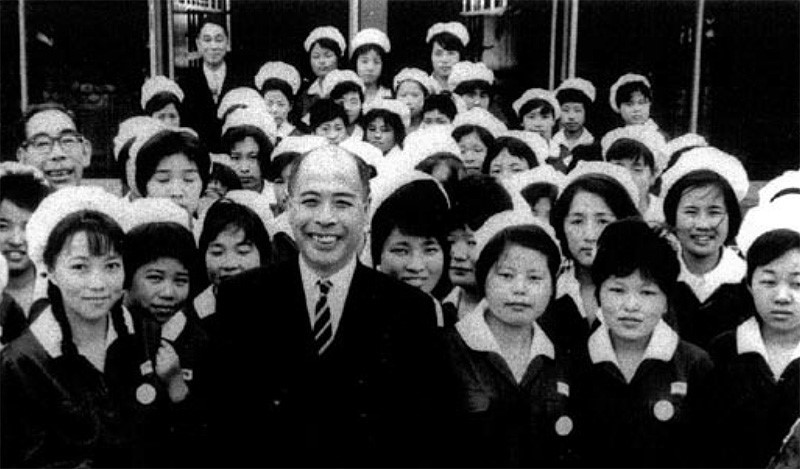 Born in 1908, Sadami Yazaki was only 15 years old when he left his village in Nagano to work for a trading company in Tokyo. By the age of 21, Sadami had already started a one-man business selling wire harnesses for automobiles. Certainly, the life of our company’s founder is strewn with stories of milestones he achieved; but behind his accomplishments, Sadami was, first and foremost, a friend to all.

One account that has been told throughout the years about his friendship with a former orphan named “Teeko” displays Sadami’s kind personality. Teeko was born near Yazaki’s Washizu Factory, and after graduating from junior high school, she worked for several years as a domestic helper in Sadami’s home. Sadami and his wife loved Teeko as if she were a member of their family, and even invited her adoptive mother to stay with them in Tokyo on a number of occasions. When Teeko finished her service, she spent some two years working in the fields before marrying a farmer who lived in the same town. When Sadami heard this news, he drove out on his own to pay a visit to Teeko’s new home. He warmly greeted her husband and her new family. He asked how she was doing and then expressed his hope that she would continue to live happily. Teeko was not a relative, or a client, or even an employee of the company. Yet Sadami was the kind of person who would do everything he could to express his affection, even if that was to a former domestic helper who had left his service two years ago. 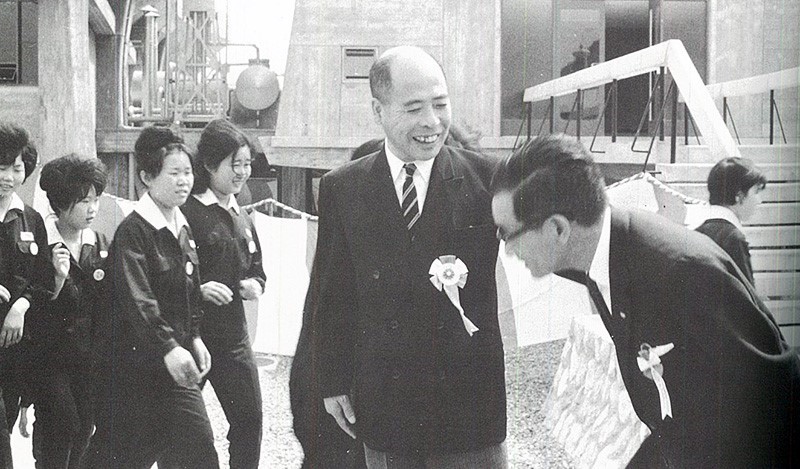 Sadami and his Employees
To his employees, Sadami was equally as considerate. Even when hounded by clients and burdened with huge debts, Sadami always made sure to pay his employees properly and on time. And whenever he built a factory in a new area, Sadami would put greater priority on the construction of his employees’ housing rather than the executive officers’. In addition, he provided kindergartens, sports grounds, pools, and other welfare facilities for employees, and also made them available to people in the local community, as part of the initiative to demonstrate his unmoving stance on assisting others.

An earnest man with a kind heart, Sadami Yazaki was more than just the founder of Yazaki – he established the very core values of our company. By way of his compassion and hard work, Sadami grew a name for himself, and to this day, his very essence can still be felt throughout each of our facilities. As we continue to celebrate our 75th anniversary, let us follow Sadami’s lead in demonstrating humility and hard work, remembering the foundations that this company was built upon as we continue to strive to be a Corporation in Step with the World and A Corporation Needed by Society.